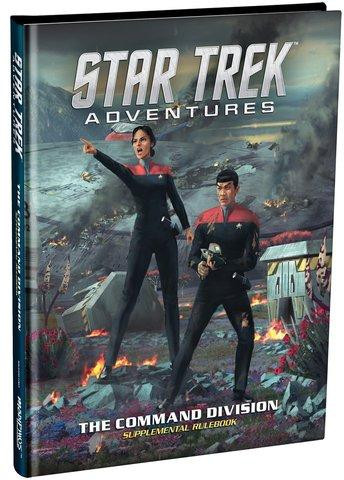 • An expanded list of Talents and Focuses for command and conn characters.

• Over a dozen additional starships and support craft to command and pilot, including the NX, Nebula, Sovereign, and Steamrunner classes, as well as many shuttle types and the indomitable Work Bee!

• Advice on creating command division focused plot components for your missions to test the mettle of your captain and flight controller.

• New rules on running Admiralty-level campaigns that let you command entire fleets, as well as information on commanding starbases.

• Detailed descriptions and game statistics for a range of Command and Conn focused NPCs and Supporting Characters.